An expression of the tragedies of war and conflict through the music of Wings of an Angel and Sean Derrick Cooper Marquardt on this week’s edition of At Water’s Edge. The program includes original words by Patricia Holland Moritz, and imagery by Ms. Moritz and others. It’s a somber topic, and even here there is beauty–though rarely pretty.

Wings of an Angel’s recent releases have had both great sadness and great hope in them. Musical essays on the human condition, especially the soul-searching that must necessarily come from conflict, are his focus. The titles all tell stories in themselves, and guide the listener on a kind of meditation of the topic. Today we hear Revenge of the Less Powerful, an abstract yet cinematic release with a powerful message. He writes of this release:

How can you forgive a hardhearted & blood-thirsty murderer? Or A merciless rapist? All the more so – both? Is it necessary to show compassion towards individuals who have none as clearly evident from their shameless deeds?

Warriors must have strict conduct codes, like the Samurais of the past had had, otherwise the battlefield quickly becomes a no man’s land.

Lately, we witness murderous gangs of disturbed lost souls who roam to and fro the deserts of the middle-east and wreak havoc everywhere. The members of these self-proclaimed death cults are united under the gory umbrella of their hermetic inner darkness, destroying their sense of humanity upon every new step they take.

When somebody abuses power in the worst possible way and commits grave crimes against humanity – how can a civilized man/woman counter-attack them? From my experience, it’s tremendously difficult to fight such primitive nihilism with cultural means. Especially, such deeply rooted macabre nihilism that is reflected in the aforementioned grave sins – that are portrayed everywhere nowadays, from newspapers to special broadcasts; as it’s one thing to conquer a piece of land but it’s another thing entirely to kill those who’d surrendered, mass-murder all the men with an improvised firing squad, and then enslave the powerless children and women and abuse them sadistically as if they were nobodies.

Those who show no respect towards basic human rights, should always look back, because the less powerful usually become more powerful one day or another, and then…

Sean Derrick Cooper Marquardt‘s latest release, called Children of the Cartels is scheduled to be released on Artapes (http://artapes.co.uk/) this week, and you’ll hear a preview of the entire release exclusively on At Water’s Edge. Darkly atmospheric, these tracks make great use of environmental sounds, giving the album a gritty realism that is entirely aligned with the topic.

If children be our hope, then hope dies first, not last. While searching for 43 hopefully still alive, we find a mass grave of others, long forgotten. If naivety is the childhood´s nature, our offspring grows old before ever growing up. Though innocence ensures protection, we drown it in body bags. The weakness of tenuous bones and necks is hardened by the weight of our coal mine´s harvest.

Born into an already bruised life, these American Beauties, whose feet belong to their master and only their shoes belong to them, are murdered onstage by the most dangerous animal in the zoo: their own mother or dad, if they are not fleeing on the road to Baghdad leaving any dream variations behind…

Earth too was a fragile creature. Born as a planetesimal, it became a solid object arising through internal strength. So hope dies last. Not first. 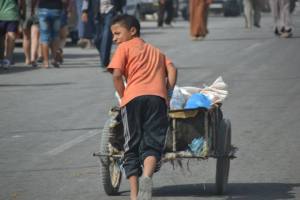 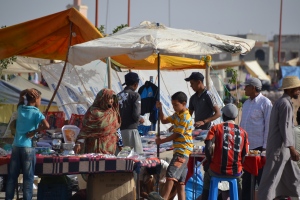 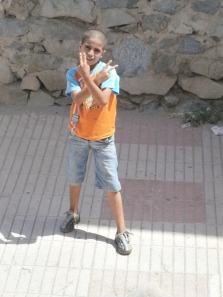 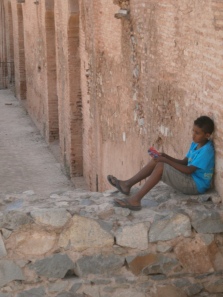 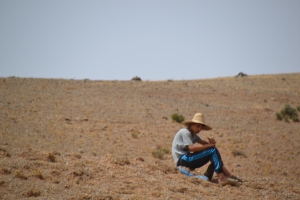 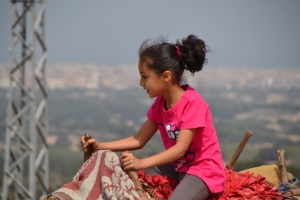 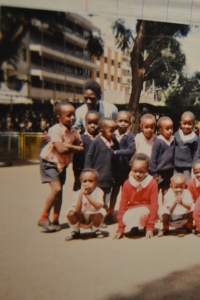 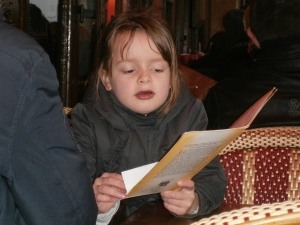 Finally, to close out the program, a 2007 track from Doc and Lena Selyanina, a Finnish-Russian collaboration team who have been working together since 2005. This track, “Last Day Before the War”, comes from the album Nangilima and, like the rest of today’s works, relies heavily on ambient sounds in addition to the underlying tonalities.